Amir Okanović, 39-year old electrician and driver from Tuzla along with his friend Eldar Šiljak, found himself at the far North of Norway, beginning of this May. That’s when they started working for Bulder company, whose offices are at Balsfjord, Nordkjosbotn, remote place situated around 80 kilometers from Tromso county. The company runs a chain of automechanic and overhaul workshops.

Okanović: Advantages I get here, salary, life without threats to my existence, friendly people, all those things would be really hard to leave, just to come back to Bosnia in order to beg local corrupted politicians for an employment

Okanović was employed at the SFOR base in Dubrave, near Tuzla, from 2000. After that he continued working for the American army in Kuwait, Iraq and Afghanistan, until 2010. What followed that employment was a 7- year period of taxi driving in Tuzla, after which he decided to look for a job more suitable to his needs and qualifications, if not in Bosnia than abroad.

He set up a LinkedIn profile, listed his references and offered himself to the world labor market, via numerous employment agencies. Pretty soon Skadinavisk Kompetensservice, a Swedish recruitment company, offered him a job in Norway.

“Several times I refused the offer, because I disliked the climate, because it’s in the North of the country, but after a conversation with my wife I decided to give it a shot. All went smooth, contacts, papers and work permit were taken care off  by the agency. All I had to do was pay one visit to Norwegian embassy in Sarajevo and after four weeks I was ready to travel, with an airplane ticket in my pocket.” 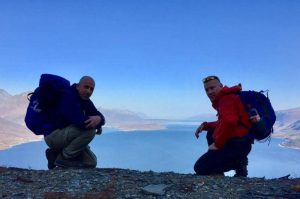 As soon as he arrived Amir says he was greeted with a welcome and a special kind of respect towards much needed qualified workers, albeit foreigners.

“After all the war zones that I’ve been to and all the jobs I had, this job seems like a spa to me. My workday is 7 and half hours long, weekends are off. Overtime is paid 50% more, Sundays and holidays 100%. I get 30 days of paid vacation. Salary is great, social insurance and retirement fund are regulated by law and there’s no way somebody can work around that. After 60 days of work I can take an unpaid leave and visit my home in Bosnia for up to 20 days. In the beginning it was hard for me to process the fact that all these things are normal and taken for granted in a functioning state, where a worker gets from employer all the rights guaranteed to him by law.”

Although Norway has much higher life standard than Bosnia, Amir claims that living expenses are much lower in Norway.

“I’m staying here indefinitely and if all works out fine and my wife manages to find an employment here, we’re going to move to Norway for good. Advantages I get here, salary, life without threats to my existence, friendly people, all those things would be really hard to leave, just to come back to Bosnia in order to beg local corrupted politicians for an employment. Being separated from my family is hard, but what is harder is worrying about their grim future in a land that gives little or no chance for success.”

Amir says that he works in an environment in which experience is valued. Although new and foreigners, he and his friend were asked to participate in organization of the local moto race. His free time and off days he mostly spends fishing codfish and sea trout in Balsfjord bay.

Equal opportunities for all

Because of his company’s policy M.M. (28) also from Tuzla, requested that we protect his identity, although he was eager to share his positive experience from Germany.

He is a mechanical engineer working as a development engineer for the local company dealing mainly with auto industry.  For Megafon.ba he said that his main motivation for visiting Germany was professional education and advancement.

“I came to my current company on my own accord and after several interviews I got a job. I have all social rights same as any German citizen, of course according to my status, i.e. visa type that I have. From my experience, non-Germans who have same or better qualifications as Germans, be it professional or otherwise, get the same treatment. It is my wish to remain here permanently, to grow professionally, while maintaining connection with my roots”, says M.M. for our magazine.

Okanović, Šiljak and M.M.  themselves and didn’t look for intermediary for employment in their own land.

One of the most often used ways of leaving Bosnia is via Work and employment agency of BiH. According to the official data that Megafon.ba got from this agency, they issued 19.536 work permits by this agency from 2013., for Slovenia and Germany alone. 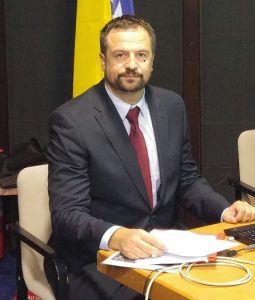 “Bosnia at the moment has 3 mutual employment agreements with Slovenia, Serbia and Qatar. Currently, Agreement for employment is being implemented only with Slovenia, while we’re working out the details regarding employment intermediary protocol, with Qatar. We still haven’t received any offers from Serbia, which is understandable if take into consideration the high unemployment rate there. Besides these, there’s a standing Accord for intermediary employment of medical staff, signed between Work and employment agency of B&H and Federal work agency of Germany. That Accord is also implemented”, says director of the agency Muamer Bandić.

Out of total number of work permits issued by the agency from 2013 to date, 3,338 were issued for work in Germany alone.

In accordance with the contracts that our country signed with Germany, in the last 3 years at least 50 medical workers found employment in that country via private agency HERZ from Tuzla.

“Our clients sign their contracts directly with employers. Agency has a permit for mitigation in employment issued by the Federal ministry of work and social policy and for our service we charge nothing to our clients”, said Hasanefednić from HERZ for Megafon.ba.

Although private agencies cooperate with the respective state agency, BiH doesn’t have a single data base about total number of Bosnians employed abroad, according to the official programs and agreements our country has established with countries that are in need of a work force.

Personnel of both private and state employment agencies that we contacted claim that, as far as the countries they are dealing with, all workers’ rights are strictly followed and guaranteed.

Although numerous programs for employment of Bosnian citizens abroad are mainly focused on helping developed countries to compensate for the lack of qualified workers, new employment trends benefit Bosnia as well. Above all, the result of programs is lowering of the unemployment rate which is a crucial problem for our country.

According to the data provided by the Statistics agency of B&H, from august 2017, 485.088 people are listed as unemployed.

Numerous families in Bosnia and Herzegovina thrive thanks exclusively to the money sent by their relatives working abroad.